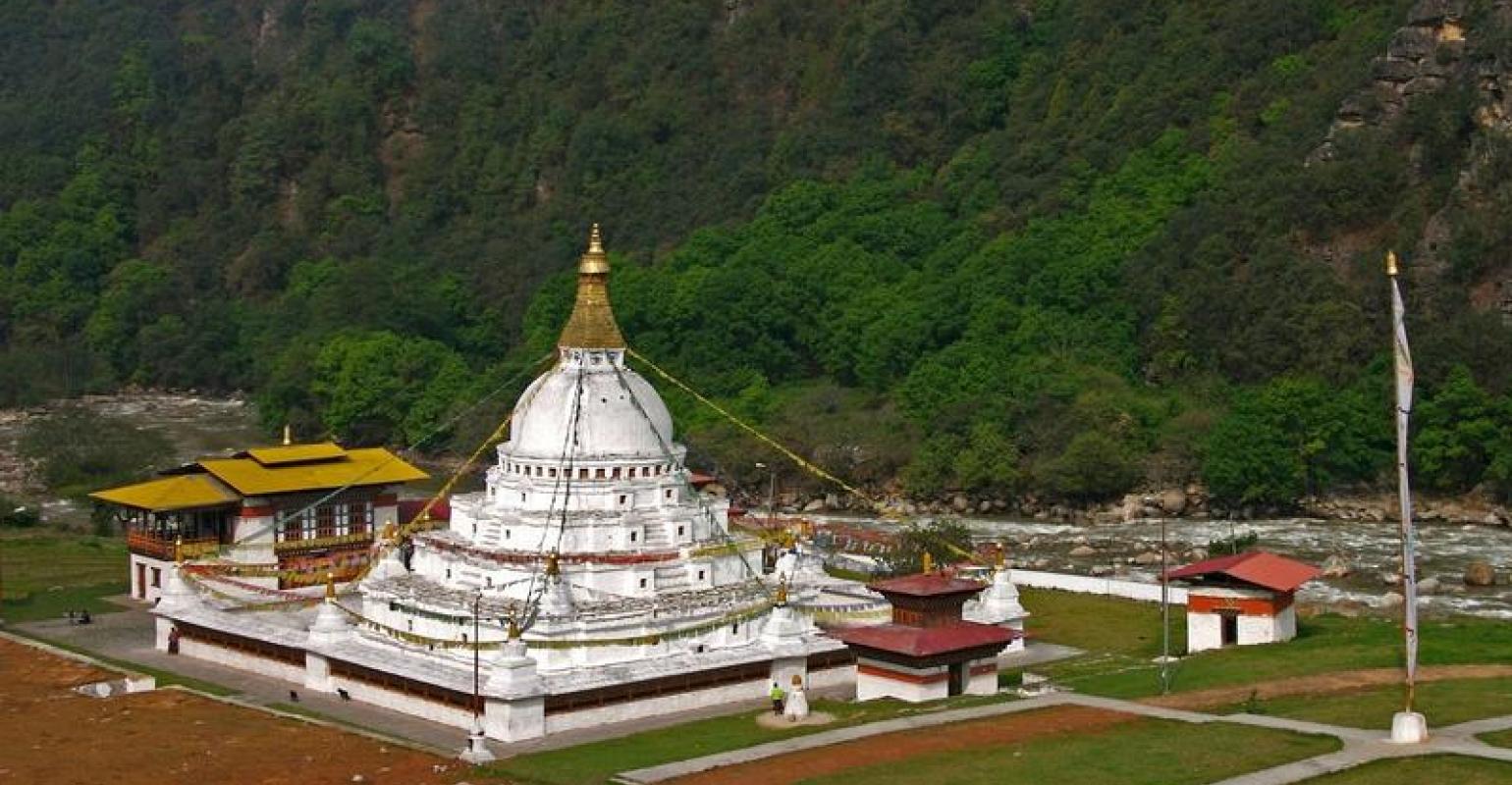 Trashi Yangtse is newest district as earlier it was under Trashigang district until 1992. In olden times Trashi Yangtse was the gate way between Tibet and the neighboring Indian states, via Arunachal Pradesh. Combined with legend, one can still see ruins every where, now covered with thick forest in Trashi Yangtse. Blessed by Guru Rinpoche, Trashi Yangtse has many pilgrimage sites unknown even to many Bhutanese. The Trashi Yangtse people are known for making wooden bowls and containers, which are said to be the best in Bhutan.

Places of interest around Trashi Yangtse

Trashi Yangtse Dzong is half-hour walk from the main road and was built in 1656 and renovated in 1976.

Chorten Kora in Trashi Yangtse is 24 km from Trashigang. The temple is the biggest in the whole of Bhutan and the oldest. Set against the cliff and beside a crystal-clear river, it is patterned on stupa of Boudhanath in Kathmandu. It was constructed in 1740 by Lama Ngawang Loday. It is one of the famous places where Guru Padsambhava had meditated in order to subdue a demon that dwelt in big rock. One can see the impression of his thumb, hat, and body on the rock. During the second month of Bhutanese lunar calendar, one of the most ancient festivals in the whole of Bhutan is held here, popularly known as Chorten Kora and Gomba Kora (Kora means circumbulating a temple or a stupa). Old and young make rounds of the stupa and temples to earn merit and good health. Many people from the neighboring Indian state Arunachal Pradesh visit the festival every year and so do people from Merak and Sakten, dressed in their unique costumes.

Bomdeling is about one hour walk from Chorten Kora and the roosting place of the black-necked cranes.